What You Need To Know About Aluminum

Aluminum is the most abundant metal in the Earth's crust and is the third most abundant element on Earth, making up about 8% by weight of the Earth's solid surface. Its remarkable ability to resist corrosion and its low density make it a perfect material in the manufacturing of outdoor furniture. 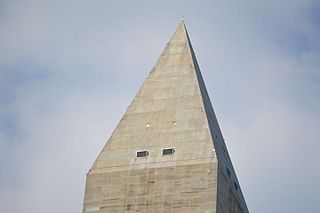 Although Aluminum is the most abundant metallic element on the Earth's crust, it is rare in its free form, and was once considered a precious metal more valuable than gold. The Washington monument was completed with an aluminum capstone in 1884, which was the largest single piece of cast aluminum at the time and was chosen because it was more expensive then silver, gold or platinum. Napoleon III, the emperor of France, once gave a banquet where the most honored guests were given aluminum utensils, while the others had to make do with gold. While aluminum is still a valued material due to its wide use in many industries, it has been produced in commercial quantities for just over 100 years.

What is Special About Aluminum?

Aluminum has a variety of special characteristics that make it a widely used material in many industries and a perfect material for outdoor furniture making. 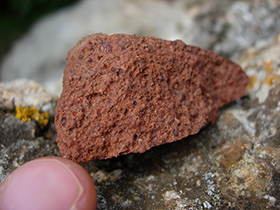 Where Does Aluminum Come From?

Aluminum is found naturally in combination with over 270 different minerals and does not occur often in nature as a free metal. Out of those 270 minerals it is not economically feasible to extract the pure aluminum from the large majority of them. Instead almost all metallic aluminum is produced from bauxite ore. Bauxite ore is formed by the decomposition of Earth's rocks and soil, known as bedrock, in tropical climates. The primary mining areas for this special ore are Indonesia, Ghana, Jamaica and portions of Russia.

Because of the relatively high amount of energy needed to chemically extract aluminum, it is extracted in a non-traditional process using heat. Electrolysis is the specialized process in which the ore is dissolved into a molten material that reduces the ore into pure aluminum. This process is only possible because of Aluminum's unique melting point. The energy to extract aluminum represents 20-40% of its cost; therefore most aluminum is produced only where electric power is plentiful and the most inexpensive.

What are the Major Uses of Aluminum?

Aluminum is one of the most widely used metals; global production of this material exceeded that of any other metal except iron in 2005. It is used not only in furniture making, but also in household wiring, automotive, aircraft, and building construction, food canning and countless other fields. 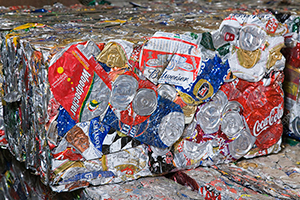 How is Aluminum Recycled?

The most valuable beverage container to recycle, the aluminum can is only one of many kinds of scrap aluminum that can be recycled and reused in the production of new products. Aluminum recycling has been a common practice since the early 1900s and is a fairly straightforward process in comparison to making new...simply melt the old metal. Because of the significant cost savings in the energy used to recycle aluminum, close to one-third of all aluminum produced in the United States is recycled.  This makes aluminum a very environmentally friendly metal.